Spotted Quolls in the heart of the Kimberley. When staying at Bachsten Camp, we were advised to shut the doors in the car.
We listened to the advice but left the rear door open for easy Fridge access (to get beer of course).
At 3 am I was woken by something going nuts in the car. On closer inspection it was one of the Quolls who had decided that he liked most of the food in the back of the car. 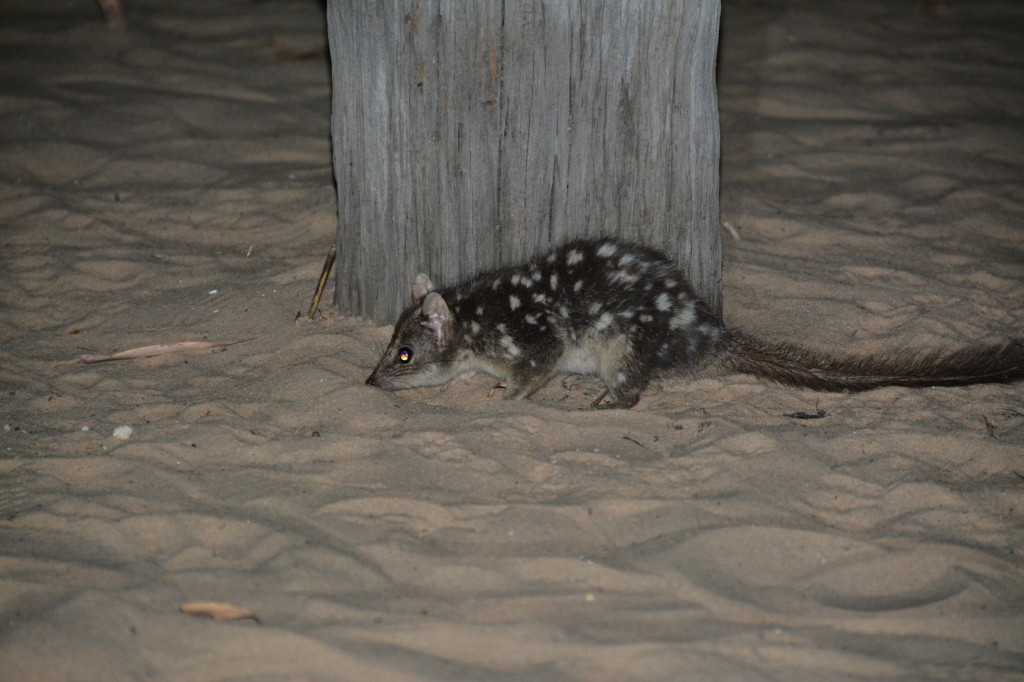 I wasn’t spending an hour trying to get him out so I just left the window open for it to get out.
I got a surprise the next morning when packing the car. Michelle said I screamed, but I’m sure it was more of a gasp.
Anyway, the Quoll then decides to run up inside the dash in such a small spot that he wasn’t going anywhere.’ There was no way we were pulling the dash again so he would have to come for a drive with us.
He ended up coming out that night and disappearing into the bush after a long day on the Munja Track.
Posted in Camping Tips Tagged with: bachsten camp, kimberley, munja track, spotted quoll