For my birthday, my parents were generous enough to pay for me to embark on a Hovercraft trip across Roebuck Bay, where I took in the wreckage of flying boats from WW2, 1.6m diameter footprints of sauropod dinosaurs cast in stone and the tidal mudflats of the Broome region, which are the most diverse inter-tidal areas on Earth. 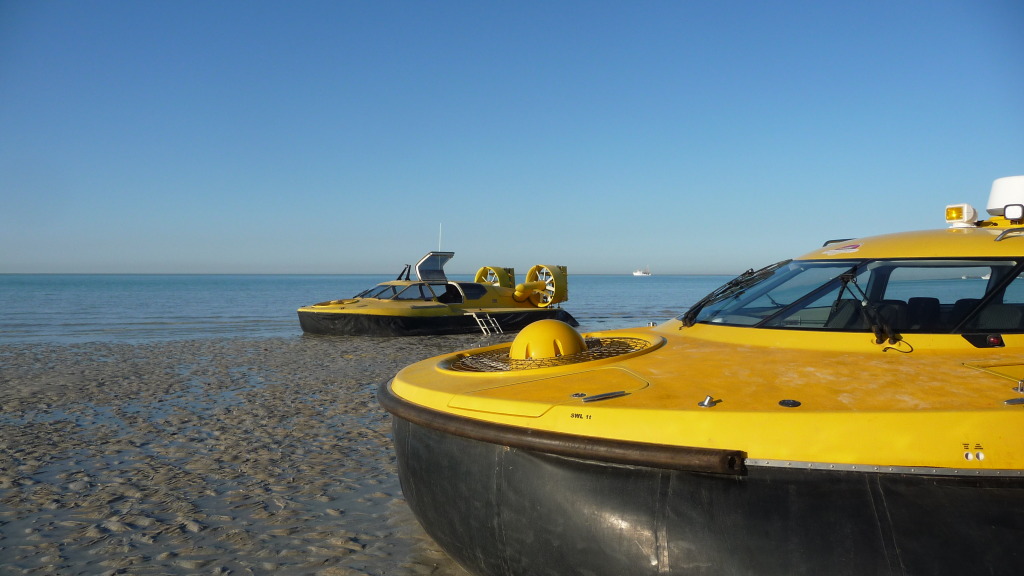 I had to get out of bed at 5:30, which wasn’t exactly ideal, but I knew it was for a good reason so I eagerly had a shower and waited, yawning, outside Cable Beach Caravan Park. I was joined by an elderly couple, who didn’t seem at all discomforted by the early hour. After about 10mins of waiting, our pickup arrived
A cheery woman ushered us on, where we were greeted by the bemused faces of our fellow passengers, who’d been watching the antics of our host for some time. This woman kept up a constant stream of interesting commentary on our surroundings, “Here’s the Japanese Cemetery!”, while also jumping out of the driver’s seat every few minutes to open the door for the newest tourists. “Mind your head dearie!” 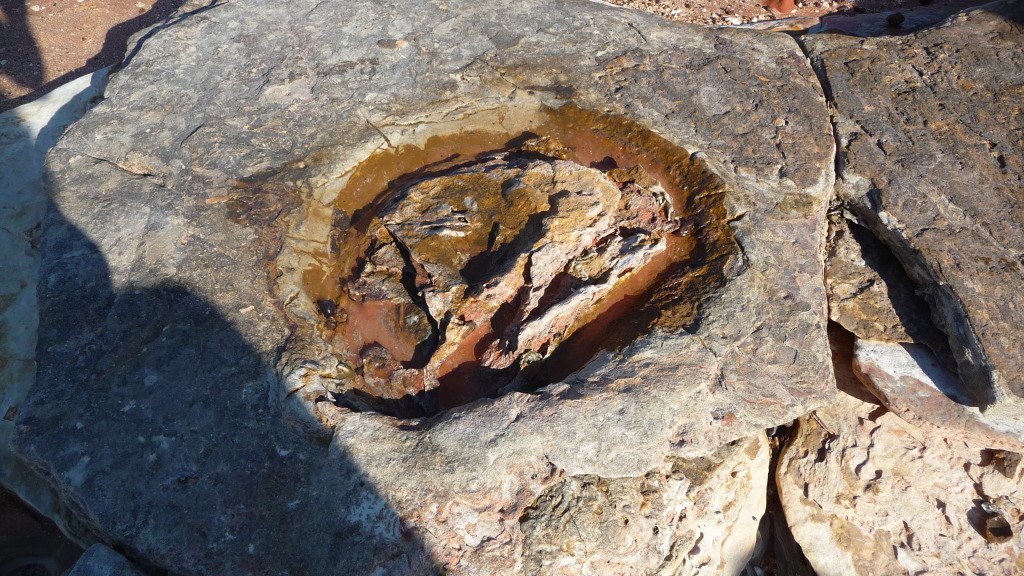 We eventually arrived at our destination, a small building on the edge of Roebuck Bay with an adjoining shed, and filed out of the bus. We entered the building to find several small dogs running about, while the same cheerful woman began to check us in and hand us our receipts. It was a slow process, with frequent pauses to admonish misbehaving chihuahuas and to mispronounce several surnames.

We were introduced to the woman’s husband, who was an equally cheerful man with a healthy stubble adorning his cheeks, and who then led us out to his shed. I was amazed by the sight of the vehicles. They looked roughly like enclosed boats, but instead of a hull they have a black rubber skirt and two large fans positioned at the back. 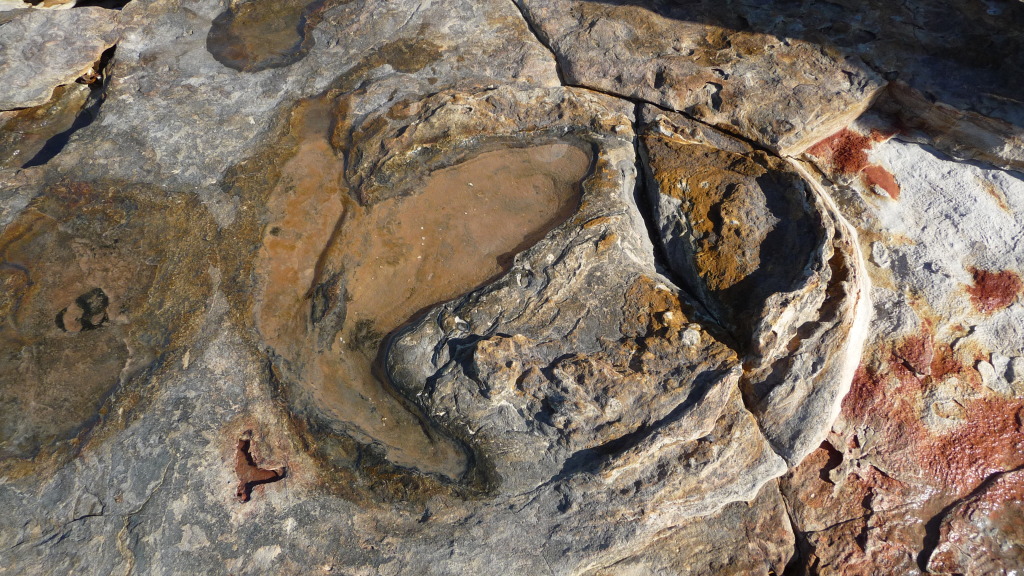 The Broome hovercraft works by using fans beneath the skirt to create a pressurised atmosphere beneath the vehicle. This creates lift, enabling the vehicle to hover, while the rear fans provide thrust.

We filed on, most of us bumping our heads on the way in despite the cheerful warning of our host, “Mind your heads mates!”, and off we went across the beach. I was shocked when we transitioned from sand to water without any noticeable difference.

We skimmed across the bay, able to take in the awesome site of the inter-tidal zone. Broome has some of the world’s biggest tides, up to around 10m. This means that the tidal zone is vast, and very biodiverse. The creatures which call this place home include wading birds, dugongs, sea turtles, fish, crocodiles, molluscs, sea stars, octopi, jellyfish, corals, and other creatures too strange to identify.

Proceeding to the WW2 wreckage, we disembarked onto the flats. I went barefoot on the sand, but I had to watch my step – right away I almost stepped on a huge sea star, about a foot across.

The wreckage was great. It’s the remains of flying boats (planes where, instead of a fuselage, there is a hull) that were destroyed by air raids on Broome by the Japanese during WW2. It was wonderfully preserved by the sand and water – you could see the cockpit, engines, wings, fuselage and tail. Large parts of it were covered in brain coral, so named because it’s folds resemble the folds of the cortex of the brain. One of the most amazing things was that the right wing was actually beyond the left wing. The plane had crashed with the right wing facing shore, and the powerful tides in the area had lifted the wing up and deposited it further out to sea than the left one.

We then made our way to the site of the dinosaur footprints. These were located on the beach amongst plates of sandstone. A brachiosaur and her calf were making their way along, perhaps to graze plants at the top of a nearby cliff. The prints of the adult were about 1.6m in diameter. This means a hefty animal. Sauropods were the largest creatures that ever lived, and it was a real privilege to be able to observe a place where they once stood.

We then headed back to the shed. Crossing the bay, I was amazed to see that the flying boat wreckage was no longer visible – in the half hour or so since we’d passed, the water had risen at least a metre. An amazing reminder of the power of the tides in this area.

Disembarking, and making my way home, I was extremely happy that I’d been given this gift. It was one of the best birthday presents I think I’ve ever had, and I’m very grateful to my parents – even if the cheerful woman almost forgot to drop me back at the caravan park. “Is Ash still here?! So sorry!”