For many people who travel around Australia, WA’s Coral Coast is the ultimate stretch of coastline in Australia and certainly one of our favorite places to stay. The coral reef is just as good, if not better than the Great Barrier Reef in Queensland and you dont need to spend a day on a boat to enjoy the reef.

The Coral Coast is bordered by the Indian Ocean on its western border, stretches into the eastern desert and into some of WA’s most uninhabitable terrain. It’s a very dry area with limited freshwater supply.

With amazing beachside locations such as Coral Bay, Shark Bay, Monkey Mia and Ningaloo Reef, this important tourist destination also has an amazing interior landscape, with as much to offer as the coast. The gorges around Exmouth, Mt Augustus and the Kennedy Range are all well worth a visit. 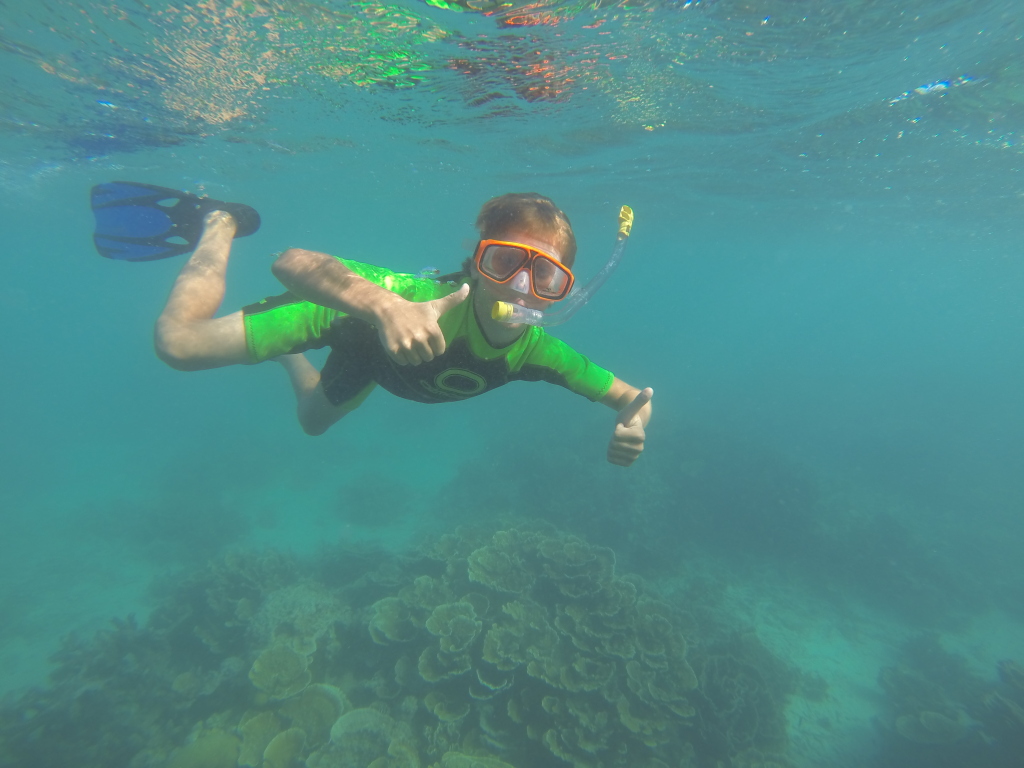 The Coral Coast region is slightly larger than Greece, but only around 10,000 people permanently live here. The population swells every year thanks to the 250,000 tourists that gather here. People drive as far away as Perth to get to the Coral Coast which takes about 1 and a half days. During school holidays, the region doubles in population as we found out when we visited Coral Bay during the school holidays. We were lucky to get the van on our site with the draw bar sticking out 2 metres onto the road.

Shark Bay and Steep Point have long been famous for the plentitude of fish in their waters. In saying that, we seemed to lose more tackle than fish caught. At least we could put the snorkeling gear on and retrieve the lost tackle. We saw people catching all kinds of reef fish and the odd shark while we stayed in the region. Must have been the bait we were using because we couldn’t seem to get onto anything of decent size! 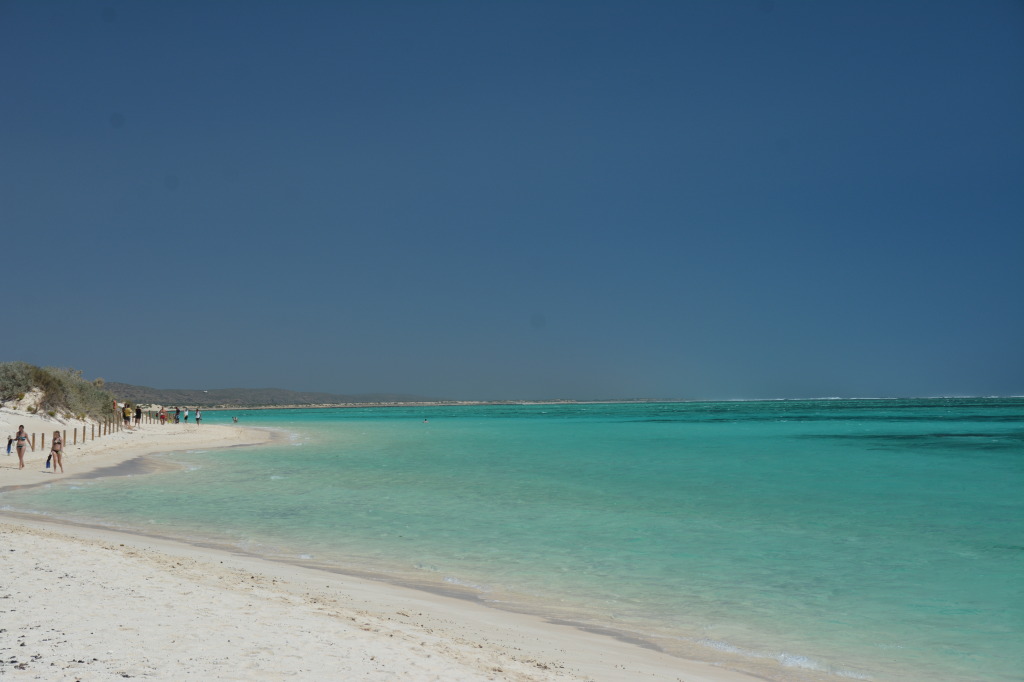 The Coral Coast can get very hot in summer. The inland region usually measures a few days each year nearing 50 degrees, and during summer the inland region is virtually deserted. If you can stand the heat, you’ll be on your own.
The coast is different. With cool ocean breezes, the summer average at Exmouth is 35 degrees, and the winter average is 25. Most months of the year are a great time to visit.

March through to June is coral spawning season, and the filter feeders such as the Whale Shark and Manta Ray come into the shallow coastal waters to feed. This becomes one of the busiest times of the year with many tourists flocking to Exmouth to swim with the Whale Sharks.

May through August is the traditional tourist season. Hordes of Western Australians take the school holidays off at drive up here from Perth, so if you want a quiet experience consider avoiding peak tourist season. 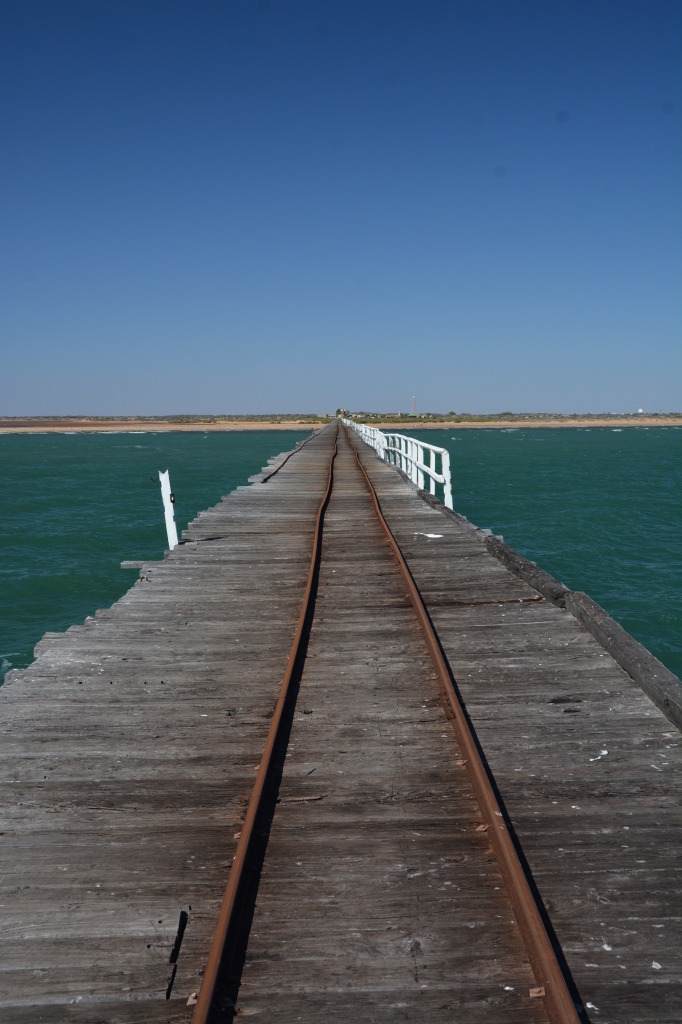 Facts about the Coral Coast 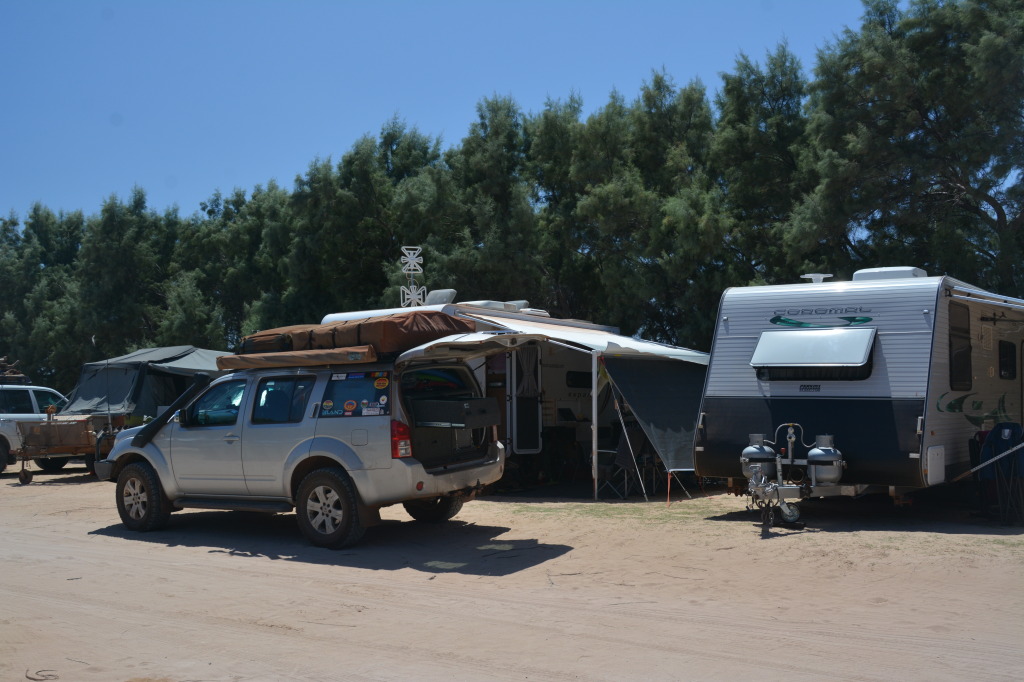 Most attractions in this region involve the sea and marine parks. Swimming and snorkelling gear is almost mandatory, and most towns will have marine gear for hire. The Ranger station in the Cape Range has snorkeling gear for hire but we found that it was better value to buy our own and use it while travelling around Australia.

Inlands journeys, like all inland journeys in northern Australia, require plenty of water, sturdy footwear, and cool clothing. Even doing smaller gorge walks like Yardie Creek was pretty hot with no water available. 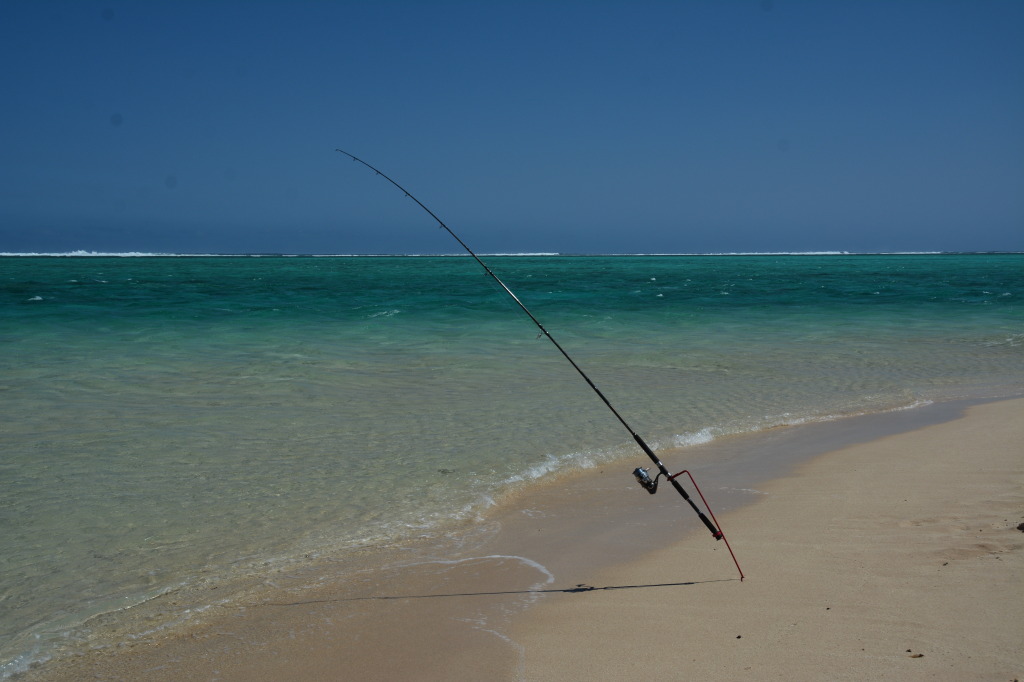 Mt Augustus National Park gets its name from Mt Augustus, which is Australia’s largest isolated rock. At 858m tall, it’s twice the size of Uluru, and one of Australia’s unknown treasures. 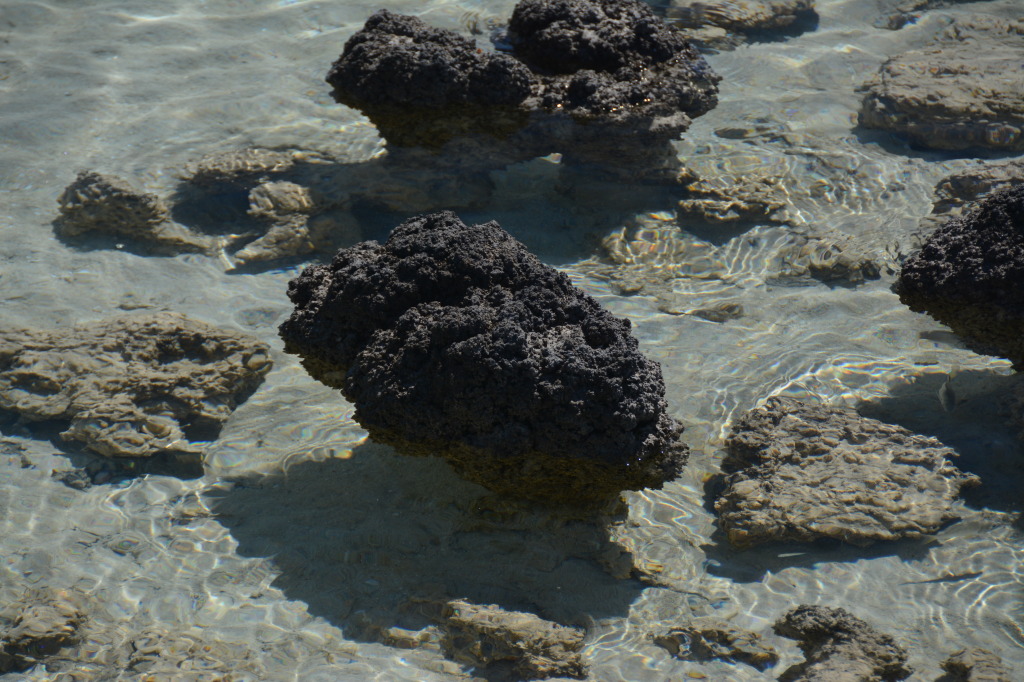 Getting around the Coral Coast

Because of the diverse and popular beachside attractions in this region, access along the coast is almost never a problem except when a Cyclone is bearing down on the coast.

Regular tours, buses and flights head to all attractions in the area. Backpackers, and visitors without vehicles, should find it pretty easy to get around.
Getting inland, however, is different. Because of the hostile grazing conditions, stations are extremely large, with huge distances between homesteads. The inland is very sparsely populated.

As a consequence, services are very rare or not there at all. The major highways both have roadhouses and other conveniences at reasonable intervals. The interior, however, lies between these two highways, and there is little service to offer the traveler. Emergency fuel and repairs can be obtained for very high prices at the stations, and there are some camping facilities. 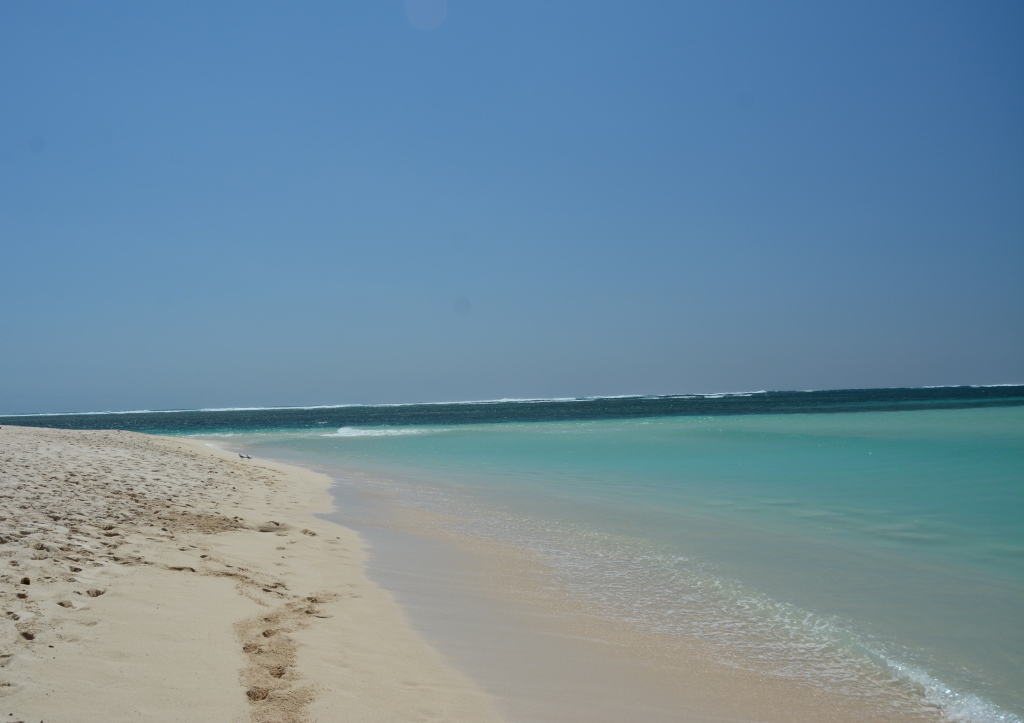 Most tourist brochures write that travelling the interior of the Coral Coast is a “self drive” experience, which is mostly correct. You have to be pretty much independent. You need to be prepared and carry enough food, water, and fuel.
It’s possible to explore the coast without your own vehicle but if you want to get the most out of your trip, and see the interior as well, bring your own well equipped vehicle like a Nissan Pathfinder.

The Coral Coast is a spectacular place and not be missed while you travel around Australia.