The Nissan Pathfinder air-conditioning decided to stop working while we were in the tropical north of Australia. Instead of blowing out cold air on the passenger side, it was blowing 35 degree unbearably hot air.

It took a couple of different mechanics in Darwin to try to work out what was going on as they were relying on the error codes in the diagnostic checks. Obviously there were no error codes displaying so they had no idea. Their response was that they would google it and see what they could find! We left Darwin with a faulty aircon unit and a couple of hundred dollars poorer for the privilege. 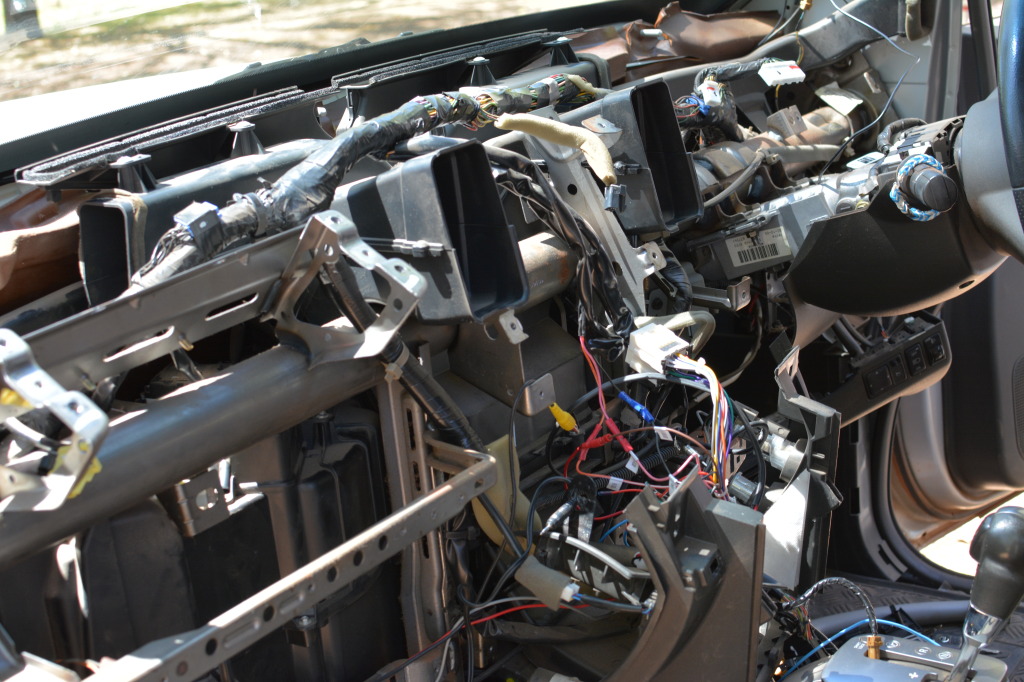 Pulling the dash out to get to the aircon motor

Not until I spoke to an auto electrician in Katherine were we able to pinpoint what was going on. In the meantime, Michelle was getting a heat rash on her leg because the unit was blowing hot air even when turned off. I even stuffed a tea towel in the outlet to help but the whole area on the left hand side was getting hot. Sitting on the drivers side was comfortable with the Nissan Pathfinder air-conditioning working fine. I was more than happy to drive for a couple of weeks. 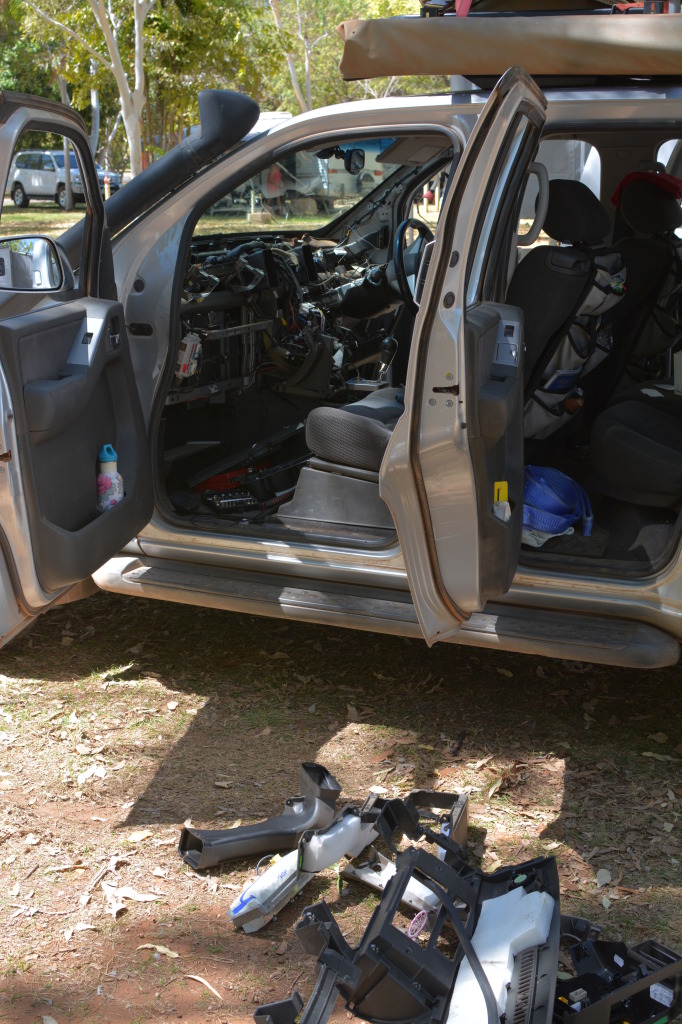 The mobile mechanic in Katherine came to the caravan park in Katherine and identified straight away what the problem was. Years ago, there were cables that opened and closed the gates to change the temperatures in cars. The Nissan Pathfinder air-conditioning temperature is controlled by two motors that open and shut the gates. Obviously one of them had become stuck. Most likely from the amount of dust (dirt) that was in the aircon filter. Note to self – ensure you change or blow the filters out after 2000 kms of dusty dirt roads. 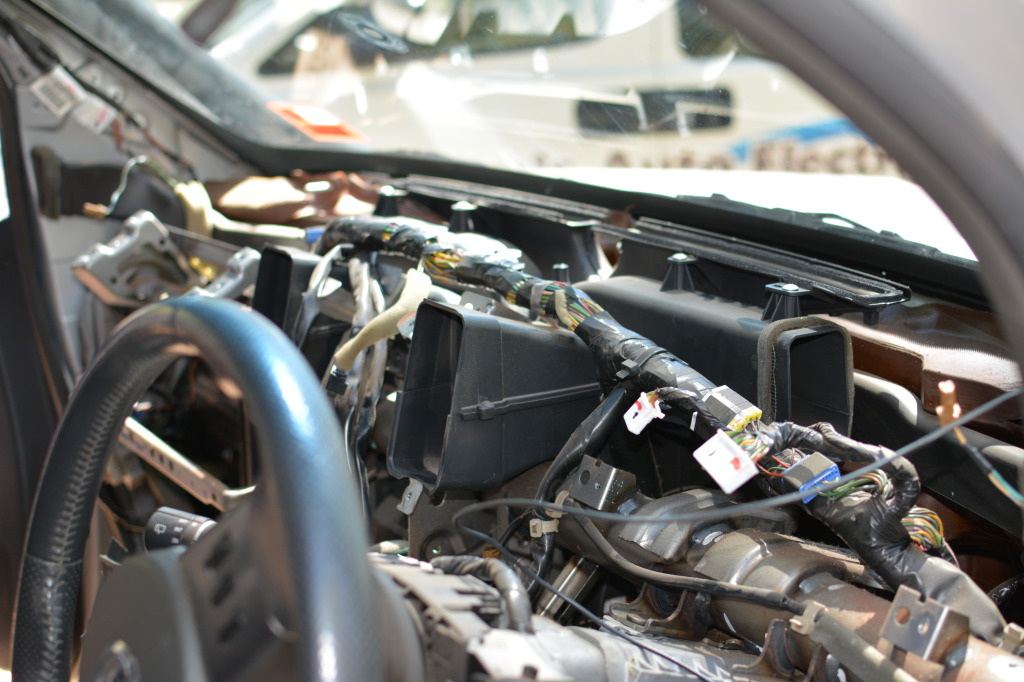 We spent 4 hours getting the dash out because the passenger sides motor sits high up under the dash and there is no way of getting at it unless you pull the entire dash out. The auto electrician then simply moved the gate manually in the motor and disconnected it. Now we have permanent aircon and no heating on the passenger side.

I need to point out that the drivers side motor sits on the bottom of the unit and is easy to get out without pulling the dash apart. Typical!

Looks like we will need to remain in warm weather instead of moving back to Victoria!