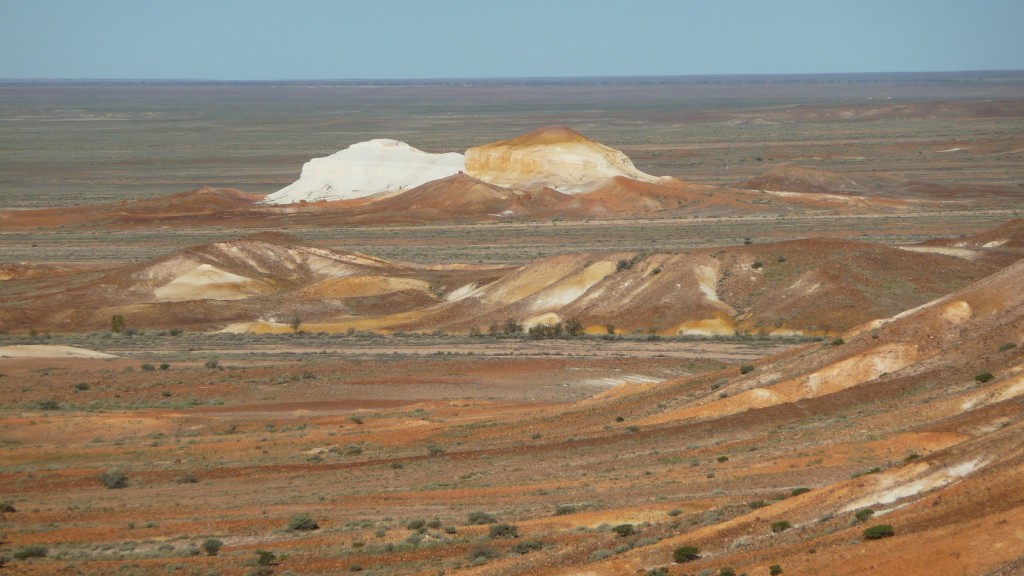 The Breakaways are an easy afternoon drive from Coober Pedy along a well defined gravel road. They consist of colorful low hills that were once part of the Stuart Ranges.
The 70km road loops around the Breakaways heading towards the Oodnadatta track, turns left at the dog fence and comes out on the Stuart Highway just to the north of Coober Pedy.
The popular direction is to head towards Oodnadatta mid afternoon allowing a couple of hours before enjoying the sunset from the lookouts.
Alternatively, you could drive the shorter route from the highway and just do the lookout late afternoon.

History of the Breakaways

Around 100 million years ago, the area was covered by a huge inland sea called the Eromanga Sea. Plesiosaurs, Kronosaurus, turtles and Itchyosaurs roamed this inland sea. You can see examples of these marine reptiles as opalised fossils in Coober Pedy. Shellfish Fossils can still be found in the Breakaways.
When the polar caps formed and the world’s oceans fell, the inland sea disappeared leaving areas like the Breakaways in Central Australia exposed to the elements. Millions of years of erosion has helped form the current shape of the Breakaways.

More recently, the Breakaways were a main source of red ochre as well as other ochre colors for the Antakirinja and Muntunjurra people who lived in the area. The aboriginal people have lived in this area for thousands of years and was called Umoona before white people settled the area.
Once white people arrived in search for opal, the area was referred to as Kupaku Piti by the local aboriginals. Kupaku means white man in Muntunjurra language and Piti means hole in the Antakirinja language.

Travelling the loop road, you will come across the dog fence. The dog fence is a 2m high wire fence that stretches over 5000km between 3 states. Built in the 1880’s, the fence is the longest in the world. The original idea was to keep the dingos from entering the sheep stations of south east Australia. 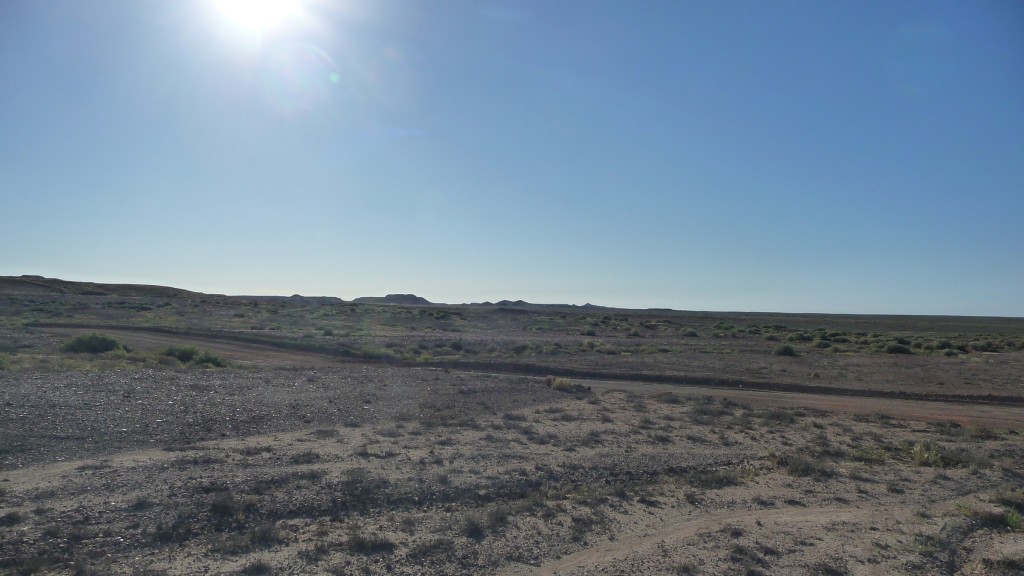 Grey soil where fossils can be found, Coober Pedy

With care, a conventional vehicle can be driven on this gravel road. One of the lookouts require a bit more care as it’s steep and narrow in sections. A four wheel drive will easily do this gravel road.
I wouldn’t recommend towing a van around the loop. Best to leave the van in Coober Pedy and do an afternoon trip with just the car.

The Moon Plain is featureless but that is its feature!! 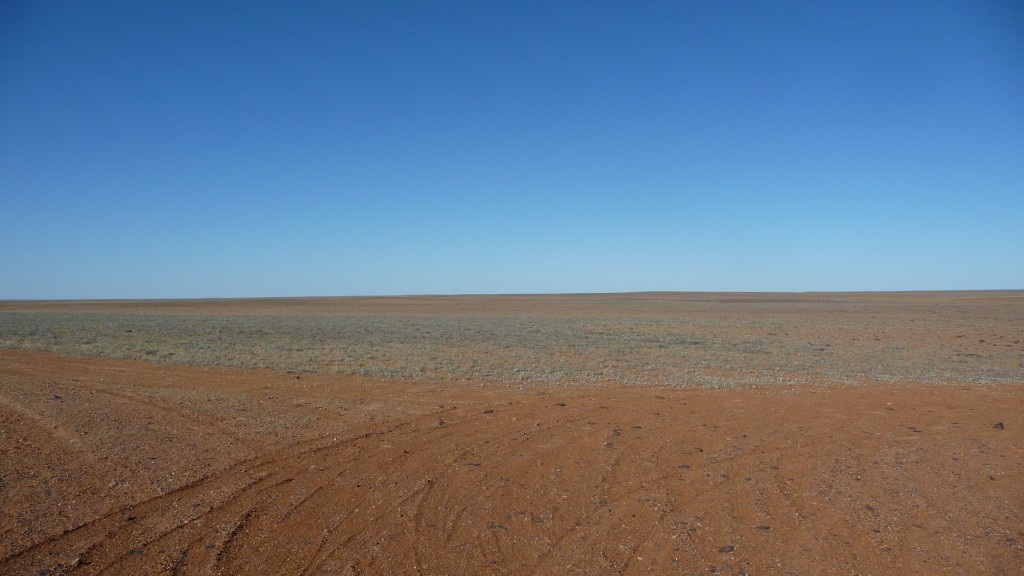 Best time to visit the Breakaways

Afternoon / late afternoon when the sun is setting

Camping at the Breakaways

There is no camping in the Breakaways but plenty of places to stay a few kms back in Coober Pedy. You can even choose to sleep underground if you like.

Fossils – between the dog fence and the start of the hills, keep an eye out for when the soil turns a dark grey color. We stopped here on the side of the track and within 15 minutes the kids had found a fossilized mussel from when the area was covered with an inland sea 100 million years ago. 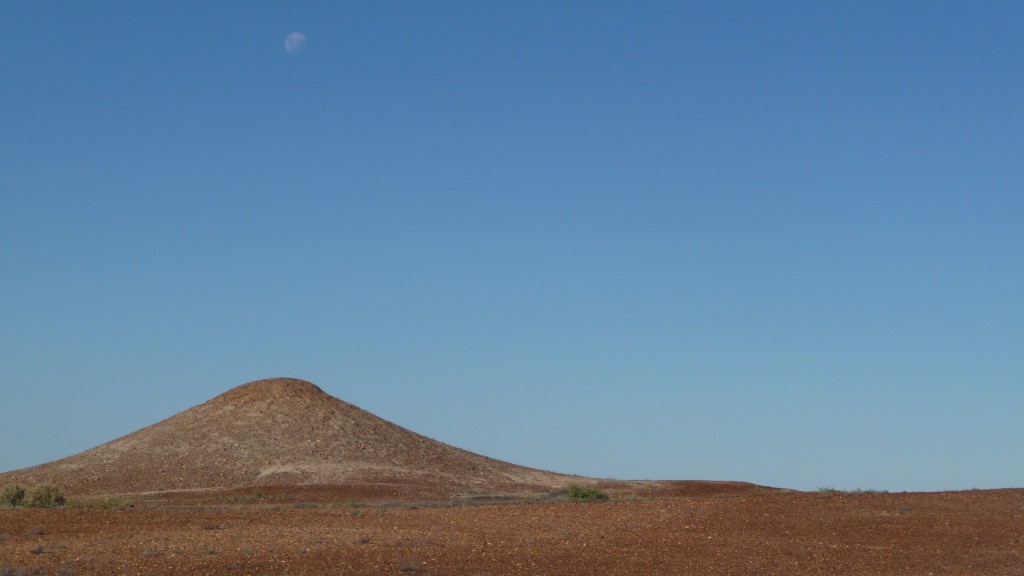 The Breakaways have also featured in a few movies such as Mad Max beyond Thunderdome and Pricsilla, Queen of the desert.

Water – there hasnt been water out in the breakaways for millions of years when Plesiosaurs were swimming around and using the area as a nursery
Fly net – a must! Unless you enjoy inhaling or eating flies, I suggest you buy one of these. 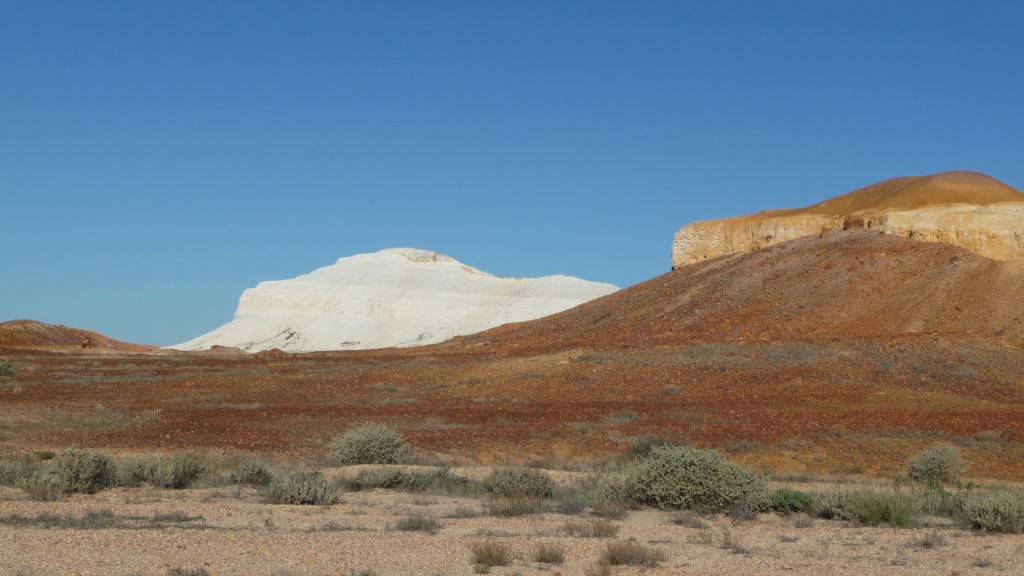 Highly recommended to visit. Don’t go to Coober Pedy without a drive out to the Breakaways.